The best way to use the Family Tree is to start by searching a person. I suggest you search for yourself (you must be logged in). Use the search box located at the top and just enter your first name. Next click the following icon under "Options for this individual"

. This will display the chart of your mother and father, grandparents, and great grandparents.

How to add a new family member?

Let’s say you want to add a father or mother to an individual.

First, Search and click on the name of the person you want to add a parent.

Second, you click on the "Close Relatives" tab under that person’s profile.

Third, under "Family with Parents" click the  "Add a new father" or "mother." A new window will open.

Lastly, Enter the person’s Firstname/Given Names, and Lastname/Surname. You can also include whatever other information you might have like birthdate, but it’s not manditory.

How to edit or add to someone’s information?

First, Search and click on the name of the person you want to change their information.

Second, under "Options for individual" click the "Edit" link, a new window will open.

Lastly, Change or Add to the  the person’s Personal Facts and Details, Marrage details, and additional family information. 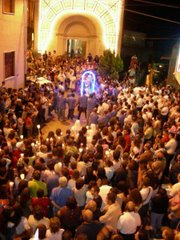 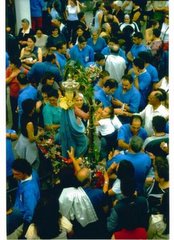 I believe currently a major reorganization is happening in the software that most people in the tech industry don’t understand. It’s centered around Open Source, or source code that is open, free to use & develop with.

The obfuscated meaning of Open Source from something free and openly distributed without reservation is now, in part, why some in the software industry that are worried by the emerging Open Source market.

The cozy days of a software company colaborating on a software and figuring out how to sell it to a target audience is over.

Just like in a free market, now people will quickly adopt whatever software will fit their needs for the best value. With Open source, companies are no longer trying to sell their software and jamming it down the throats of consumers. Software companies are competing with software that most acurrately fits the needs of public, software designed by the public.

What does this mean for developers and the tech industry? Software companies will need to spend less time developing their software, instead more time empowering their users to develop strategies that meet user needs, keeping pace user demand. The very minimal a sustainable software can do right now, is create an API for some basic development on it’s software. Software companies that don’t fully implement this strategy with their product will be left vulnerable to companies that do. Here’s a short list of successful software companies & products that dominate in their field.

So Bryan waited until after the wedding to totally wreck himself. Okay… it wasn’t that bad, and I guess this video doesn’t have his wipe out, but it’s very very cool none-the-less. So, enjoy a bike ride with Bryan and friend Marshall. Michael & Gretchen’s wedding recap coming soon.

Buying a house has taught me a few things… I totally agree with this article http://money.cnn.com/2013/05/09/real_estate/homebuyers-mortgages/ on one point, the loan comes first. If you purchase a house you’re buying a loan to eventually buy the house. You really don’t own anything except for risk, you own only what you’ve paid. Also, I know some people that are clueless about buying a house (I admit I was definitely once was this way) and in one of the most competitive housing markets (silicon valley) you can’t be novice. #1 Issue, you search for the house and ignore what you can really afford.. Just like this article said, the loan is the key. you don’t need to stay with it that person. That just gets you there. #2 Issue, As a buyer you need to be financially strong to compete in this market. In California we compete against cash offers all the time. Chances are you’re working with people with connections to buy the house you want. #3 Issue, And in my opinion, know WHY you’re buying a house. I recommend buy your house as an investment, not just as a place to live. Home ownership is on the decline, I was reading it’s like 65% nationally, 68% in silicon valley. More and more its becoming a business to own a home (an investment), not just a place to live. I believe it’s important to be in alignment of what you’re buying for, then I think everything else in this article is common sense. Because it’s so difficult, it requires a good Realtor, good Mortgage person and good buyer/seller.

Another adventure with Twinkie, this time we’re at the dog park in San Jose and she decides to dog through the water. Is Twinkie trying to find buried treasure? We don’t know, but we do know she get’s the title as the "Wettest Dog Ever."